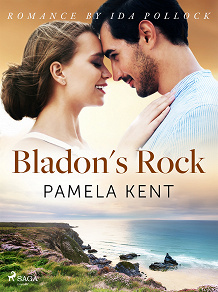 by Pamela Kent
Valentine had been drawn to Richard Sterne ever since that one dreamy summer they spent at Bladon’s Rock. Too bad that he has always only had eyes for the beautiful Roxanne, who left. Now Valentine meets the charming Dr. Gaston Lamoine and hopes that he would see Valentine as adoringly as she sees him. Yet when Roxanne returns, she is forced to compete for the doctor’s affections as well. Can she win? The steamy story of competing hearts dates back to the 20th century was written under Pamela Kent, a pseudonym of the classic romance writer Ida Pollock.

A must-read for fans of literary romance and surprising twists of fate.

Pamela Kent is a pseudonym of Ida Pollock (1908 – 2013), a highly successful British writer of over 125 romance novels translated into numerous languages and published across the world. Ida Pollock has sold millions of copies over her 90-year career.

Pollock began writing when she was 10 years old. Ida has travelled widely, living in several different countries. She continues to be popular amongst both her devoted fan base and new readers alike. Pollock has been referred to as the 'world's oldest novelist' who was still active at 105 and continued writing until her death.

On the occasion of her 105th birthday, Pollock was appointed honorary vice-president of the Romantic Novelists' Association, having been one of its founding members.

Log in to borrow this title and view current loan status.
Read more here How to borrow